Boris Johnson recently announced that as of the 4th July, 2020, many indoor venues such as cinemas, shopping centres, pubs, restaurants etc will be allowed to re-open in the UK, as well as the possibility of the 2m distancing rule being lowered to 1m. I have many thoughts, which I thought I would just let out on this space.

In all honesty, I am worried. Maybe I’m being too cautious, but I have a bad feeling that it’s way too early for this to be taking place. I know that in the UK, numbers have been getting lower with each passing day, but I just feel uneasy about things starting to go back to “normal”. Don’t get me wrong, there’s nothing I want more than to see my friends again and socialise somewhere that’s not a park… but considering the UK’s track record with how the government dealt with the virus, I just feel like we need to give it some more time before opening up the doors to the pubs.

I get that the economy needs people to go back to work, and buy things, and do the usual spending that we did before lockdown. I get that it’s important; hell, I’ve been unemployed for 3 months and all I want to do is know that I can go and work… although as an ESL teacher, my line of work is actually abroad… but that’s another story for another day. I do understand the importance of opening up shops and bars and restaurants, but I can’t help but feel that at this rate, a second spike in cases will be inevitable. I’d like to be proved wrong in the future, but right now no one knows what will happen. There is still no cure for this virus, and who’s to say that come winter, when people have got used to socialising again, that things will go back to how they were a couple of months ago?

I have a lot of thoughts, as you can tell, and I’m not sure how to articulate them. I’m sure I’m not the only one who is in this mindset, and that is feeling a bit confused about everything that has been going on for the past few months. I know that I’ve definitely fallen into a routine of doing nothing, at least compared to my “normal” life before lockdown, and the thought of going back to that does excite me, but I’m just worried that now maybe isn’t the right time. We still know so little about this pandemic, and I guess it’s the not knowing that puts me on edge.

I’d be curious to know your thoughts on the easing of lockdown; are any of you feeling as uncertain as I am?

I know some will think that this post is “late to the party” and maybe I’m writing this to get on that bandwagon, but whatever your thoughts on this post, it needs to be said. I also want to make clear that chances are likely I will say something wrong, and that’s not my intention. Please call me out if I am, because I want to continue to educate myself on this matter. I’m not writing this to join a trend. I’m writing this because it should always be spoken about, not just when a video goes viral. And if you have no idea on what I’m talking about, then a quick Google search of the events of last week should be a good starting point for you.

I am a white woman living in the UK. I was born in South Africa, I spent my childhood in Cardiff, before moving to a small town near Exeter, in the South West of England. Something you may not know about the South West of England is that it is a particularly white area- so I’m very glad that I spent a lot of my childhood years in places that were far more multicultural. I remember starting my new school at the age of 9 years old, noticing that there was hardly any diversity. From an early age I learnt about different people, different religions, different backgrounds. The colour of someone’s skin made no difference to how I perceived a person, and it still doesn’t. But I know that the way I view other people isn’t the same as everyone else, and I’m not naive either. I know that I’ve had it very easy compared to others, due to my white privilege.

The events that happened last week, the events that are still happening, and have always happened in the USA are simply disgusting. I have no hatred towards those protesting across the country. The racism and injustice has been going on for far too long and something needs to be done. I feel frustrated that I can’t physically do much to help, but I know that speaking out as an ally is a good way to start. I think it’s easy for a lot of us who aren’t American, to sit back and think, “well, it’s not my issue. It’s not happening in my country.” But, it is. And it always has been.

First, we need to take it back in time. I was so disappointed to learn just how much the UK had to do with the slave trade; I was even more disappointed to have learnt about our part in this barbaric trade at the age of 19 years old. During my school years, we learnt about the slave trade, but it was always with a hint of “the UK wasn’t really that involved though, it was an American problem” and it was always made clear that the UK ended their involvement in the slave trade far sooner than the States did. It was only when I started studying a specific module at university that my eyes were opened, and I was horrified. I felt ashamed that I didn’t know this sooner.

Looking back now, I think that was a starting point for me to educate myself. I always took modules that focused on issues including race, and feminism, and I am so glad that I did. I have read so many books, both fiction and non-fiction, thanks to these modules that have taught me about race, and ultimately why black lives do matter. All lives can’t matter until black lives matter. If you want some book recommendations, I’m going to leave a list of some of the books that I’ve read that have really helped me in my understanding of this issue.

I am still learning, and am always trying to educate myself further on this issue. It was only last year that I read Renie Eddo-Lodge’s Why I’m No Longer Talking To White People About Race, and again, that opened my eyes so much to the injustices black people face in the UK. We are not perfect when it comes to this matter, and it’s not just an American problem. It’s happening all over the world, and things need to change. While it’s important to learn about how people are treated in other countries and to speak out against it, the best way to start our education is to look at where we live first. Really look. Like I said, where I live is a very white area, so these matters may not appear on the surface… but the fact that I live in a “white area” speaks enough for itself. I don’t think it was something my parents necessarily thought of when we moved here, because we’re white. We “fit in”. I know for a fact that if I wasn’t white, it would definitely be more noticeable.

I feel like there’s certainly a whole lot more that I could say, and right now I’m not sure what that is. I hope that this post in itself is enough to get a conversation started among those who may not know where to start. Like I said, I’m going to leave a list of book recommendations for you to read, that are relevant in educating yourselves further. Some of these have become some of my all-time favourite books, and some I am yet to read.

I know this isn’t a massively extensive list, and there are many more that could be added- so I’m opening this up to you! Please let me know of any books that you would recommend about this topic in the comments! For now, I hope you’re all doing well, and staying safe. 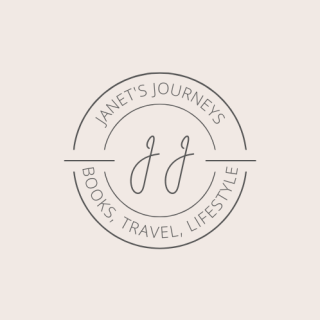